At 9:58 in this video we see the geography of the federal government. It is a 10-mile square area known as Washington DC. The written description of the geography comes From the last clauses of Article I, Section 8 of the constitution – https://www.archives.gov/founding-docs/constitution-transcript#toc-section-8-

And of course you may be wondering, what is it about Peymon Mottahedeh and Freedom Law School that makes their advice worth following? Well, he has not filed or paid taxes for 30 years. Not only that, but the IRS came after him with threats of jail and huge fines and he beat them in their own courts. And then he made it his life mission to educate people about the simple truth that the average American has no obligation to file or pay the federal income tax. And if you can prove him wrong, you can win 300,000 bucks.

But the real reason to follow Peymon is: he is doing nothing but showing you the law and following it logically. So let’s do the same.

With respect to taxation, what do the terms “United States” and “States” mean?

The term “United States” when used in a geographical sense includes only the States and the District of Columbia.

The term “State” shall be construed to include the District of Columbia, where such construction is necessary to carry out provisions of this title.

Within the Internal Revenue Code, the term “United States” means nothing but the District of Columbia!

A term means what it says and nothing more.

A different definition of “United States” is used in a different part of the internal revenue code.

In 26 USC 4612, we notice that the definition of United States does include the 50 states as well as other territories.

But later in the video, we will understand what definition applies where and why.

A term means what it says and nothing more (same conclusion, different case).

At 24:59 in video, we see that the Supreme Court makes it clear that:

In other words: there is no tax by implication!

But earlier we read that “United States” is synonymous with Washington DC.

The average corporation is also foreign to the United States!

This is more of an aside than a main point. But it is interesting to note that corporations formed in the 50 states are in fact foreign to the federal government.

Sherry Jackson-Peel worked for the IRS and then began to question the legitimacy of the federal income tax. She was tried for willful failure to file and lost and went to prison for 4 years. Why did she go to jail? And why did Peymon’s student (and former IRS employee) Joe Banister not go to jail?

It’s actually very simple: Joe was prepared and educated and Sherry refused to listen to Peymon’s advice. At Sherry’s trial, in an act of high drama, the prosecution put the IRC (Internal Revenue Code) in front of Sherry Jackson and quoted from Title 26 section 1 ( TITLE 26 / Subtitle A / CHAPTER 1 / Subchapter A / PART I / § 1 ) proclaiming “here it is! Here is the law” and there certainly is a section there on unmarried individuals and how much tax they owe…

The Achilles’ Heel of the Prosecutor’s Argument…

The prosecutor showed Section 1 of the Internal Revenue Code, but conveniently left out any discussion of where it applies. The CFR (code of federal regulations) elucidates matters. 26 CFR 1.1 states

And for completeness, what does section 7701(a)(9) say? See for yourself. And when you see the word “include” realize that when a legal statement speaks of including something, it follows the doctrine of inclusio unius est exclusio alterius. So when we read “ (9) United States: The term “United States” when used in a geographical sense includes only the States and the District of Columbia.” and then read “(10) State: The term “State” shall be construed to include the District of Columbia, where such construction is necessary to carry out provisions of this title.“, realize that the term State means District of Columbia AND NOTHING ELSE per the doctrine of inclusio unius est exclusio alterius in concert with the fact that law by implication is unacceptable (per Meese v. Keene and Gould v. Gould).

And the average American is not residing the “United States”, which is the only area where federal taxation applies! 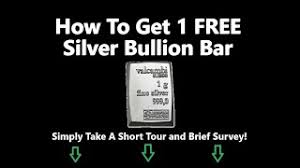